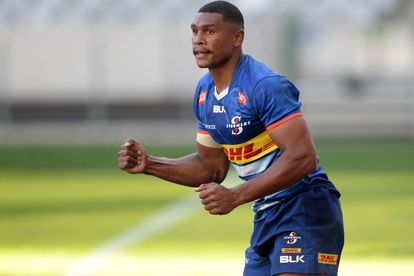 The Stormers have been given a major boost with the news that backline star Damian Willemse has signed a five-year contract extension. Image: Ryan Wilkisky/BackpagePix

The Stormers have been given a major boost with the news that backline star Damian Willemse has signed a five-year contract extension. Image: Ryan Wilkisky/BackpagePix

There is just one change to the Stormers team that defeated Edinburgh in the quarter-final last week, with Damian Willemse making his return from injury to take his place at inside centre for the knock-out clash against Ulster, which kicks off at 15h00 on Saturday.

Stormers coach John Dobson said that having Willemse back for the semi-final is a huge boost, particularly considering that it was recently reported that an arm injury could rule him out for several weeks.

“Damian is another phenomenal player and credit must go to him and the medical staff for getting him ready for this game. He is a world-class performer who would make a difference to any team,” he said.

Two additional injured players, Montpellier scrumhalf Cobus Reinach and Bulls flyhalf Johan Goosen, will also join the camp where they will undergo rehabilitation with an eye on possible selection later in the season and the 2023 Rugby World Cup.

According to Rapport, veteran Frans Steyn will interestingly conduct rehabilitation for a thigh muscle injury back in Bloemfontein, and is expected to be unavailable for around four weeks. It places him in doubt for the first Test against Wales, and in fact he may not be brought back into the squad if he misses out on that opening encounter.

Willemse was expected to sidelined for at least four weeks, which comes as the first Test against Wales is fast approaching.

It was previously thought that the Boks could now consider the likes of Kurt-Lee Arendse, Warrick Gelant and possibly even La Rochelle star Dillyn Leyds to provide the necessary backline cover.

With the Stormers and Bulls having booked their places in the United Rugby Championship (URC) semi-finals against Ulster in Cape Town and the Leinster in Dublin, respectively, next weekend, the training squad will be expanded as the players complete their commitments, along with a handful of European-based players.

The Springboks will kick off their 2022 season with three Tests against Wales before launching into the Rugby Championship, where they will line up against the All Blacks in back-to-back home Tests, which will be followed by a tour to Australia and Argentina. They will then return home for their final Test against the Pumas in Durban in September.