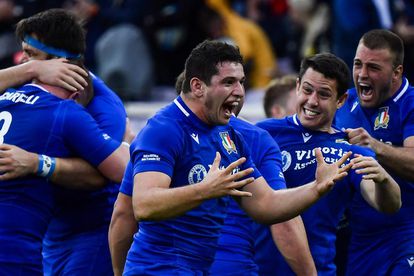 Italy coach Kieran Crowley has made just two personnel changes to his team for Saturday’s Test against the Springboks in Genoa.

The Italian Test team is riding on a wave of confidence after beating the Wallabies 28-27 last week to extending their winning streak to three in a row. Italy defeated Wales 22-21 in the final round of the 2022 Six Nations tournament and Samoa 49-17 a fortnight ago.

And on the back of that shock result against the Wallabies, Crowley has decided to stick largely with the same tried and trusted personnel from that game. But he did tweaked the front row, with tighthead prop Pietro Ceccarelli and hooker Giacomo Nicotera promoted to the starting lineup this week.

“We achieved a historic result against Australia, but we are not satisfied,” Crowley said.

“The following day the focus was immediately shifted to South Africa. It will be a very intense match from a physical point of view.”

“We have studied our opponents and prepared our engagement in the best possible way. We continue on this path proving to be competitive in every game.”

Test record between Springboks against Italy:

The match at the Stadio Luigi Ferraris will kick off at 15:00 (SA time).