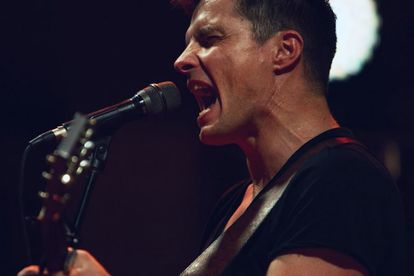 Award-winning South African singer Elvis Blue wants to fulfill a childhood dream and sing the nation anthem ahead of a Springboks v All Blacks Test.

Blue, real name Jan Hoogendyk, took to social media over the weekend to plead his case under the hashtag #LetElvisSing

Fortunately for Blue, who promised to even pay his own way to the venue, the Springboks and All Blacks will clash in two Rugby Championship Tests in South Africa this year.

If his request is met with a favourable response, Blue will need to travel from his George base to either Nelspruit on Saturday, 6 August or Johannesburg a week later.

MUST READ | PLAYER RATINGS: WHO SHONE – AND WHO FLOPPED IN URC FINAL

Born and raised in Johannesburg, Blue is a self-taught musician, teaching himself to play the guitar at the age of 16.

During his adolescent years he started writing his own music and gained experience as a busker on the streets of Johannesburg.

During high school he played in several bands, but chose to broaden his experience overseas, busking in London and Scotland.

Calling on SA Rugby to make this happen!