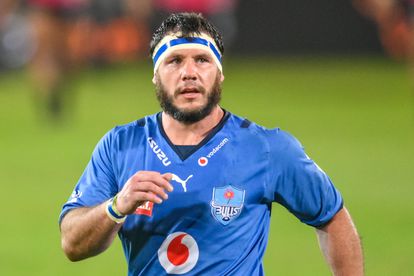 Since joining the Bulls from Ulster in 2021, Coetzee has quickly established himself as an integral member of the Pretoria-based side, which has included being appointed as captain.

Coetzee was thought to have been extremely unlucky to miss out on selection for last year’s British & Irish Lions series, particularly considering that Duane Vermeulen was injured.

Coetzee is capable of playing across all three positions in the back row, but he hasn’t played for the Boks since 2019, when an untimely injury against Argentina scuppered any chances of being included in the Rugby World Cup squad.

The 30-year-old has continued to perform consistently for the Bulls, and produced another standout performance in the win over Munster last weekend, with coach Jake White providing him with another endorsement for a national call-up.

“He was outstanding on Saturday again, wasn’t he?” White commented last Saturday.

“His time will come. I’ve said to him his time would come. There’s a lot of rugby still to be played and the only way you’re going to make it is if you keep banging the door down like he does every week and then the door will open.”

Coetzee has featured in 30 Tests for the Boks

The abrasive Coetzee made his debut for the Springboks in 2012 when he was still just 21-years-old, but his career progress has often been blighted by unfortunate injuries.

However, since returning to play his rugby in South Africa, there are strong indications that he could come back into the Bok picture this year.