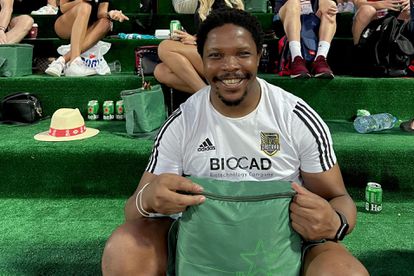 Zangqa represented the Blitzboks in 21 tournaments on the World Rugby Sevens Series circuit between 2007 and 2009.

He was also a former Blitzboks assistant coach and Southern Kings backline coach.

Vuyo Zangqa’s career was ended by a car accident

Sadly, a car accident in 2009 brought a premature end to his playing career.

WATCH | ‘REFEREES NEED TO BE SANCTIONED’

He then turned to coaching, assisting Blitzboks head coach Paul Treu before also working with Kenya and the Southern Kings.

In more recent times he coached Germany’s Sevens side, leading them to the gold medals of the 2019 European Championship.

Zangqa will replace Alexander Yanyushkin who took over the national team in December 2019.

Russia last played in the World Rugby Sevens Series in 2018 and did not qualify for this year’s delayed 2020 Tokyo Olympics competition.

The South African website wishes Vuyo Zangqa all the very best in his new role.