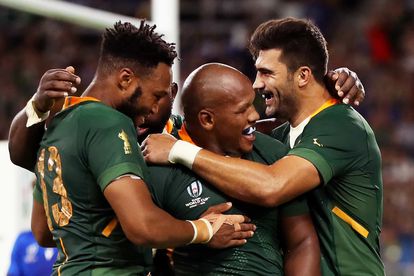 Springbok fans will have to wait a while longer to see the world champions in action, following the postponement of all July internationals by World Rugby.

The men in green were scheduled to kick off the international season with three home Tests this winter, with Scotland flying in for a two-match series before a one-off encounter against Georgia.

With the current global pandemic causing major disruptions to the sports calender, World Rugby has come to the conclusion that no cross-border competition will be possible in July due to travel restrictions implemented by many countries, including South Africa.

The game’s governing body says evaluation is still to be made with regards to Tests scheduled for the rest of the year.

“All decision-making will be entirely contingent on national government travel, quarantine and health advice and important player welfare and hosting considerations in line with return-to-rugby guidance recently published by World Rugby,” World Rugby said in a statement issued out on Friday.

SA Rugby chief executive Jurie Roux says player welfare will be among the factors considered in the decision-making process.

“Any solution will have player health, welfare and appropriate return-to-play protocols at heart,” he said. “It would be inappropriate to comment of potential solutions during a fluid and important consultation process.”

Longer wait to see the Springboks in action

The Springboks were set to host the Scots at Newlands on 4 July in what would be the last Test at the venue before the stadium’s demolition in 2021. The next match between the two nations was scheduled for 11 July at Kings Park in Durban.

The world champions’ last Test before their Rugby Championship title-defence was due to take place at Nelson Mandela Bay Stadium in Port Elizabeth – a historic encounter against Georgia, who were set to tour these shores for a senior international against the three-time world champions for the first time ever.

There is, however, still no change announced to the Rugby Championship schedule, with the tournament still penned in to kick off on Saturday, 8 August.