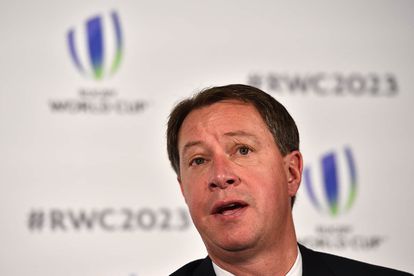 World Rugby announced on Monday that ticket sales will open at 09:00 on 28 February (via www.rwcsevens.com), and although stadiums around South Africa have been limited to just 2,000 spectators, SA Rugby Jurie Roux has provided a real glimmer of hope that this could soon change.

ICYMI: COULD KOLISI HELP CONVINCE EBEN TO JOIN THE SHARKS?

“The global vaccine roll-out has allowed the return of capacity crowds around the world and we’re expecting that experience to return to South Africa by the time of the Rugby World Cup,” said Roux.

“The opportunity of seeing the best teams on the planet vying for the title of world champions hasn’t been experienced in South Africa since 1995 which will make this a very special occasion.

“World Cups are unlike any other rugby tournament; for its duration the eyes of the rugby world will be on South Africa, as all roads lead to Cape Town.

“It’ll be bigger, bolder and brighter than anything we have put on before and climax with the lifting of the Melrose Cup and the Women’s Rugby World Cup Sevens trophy on a do-or-die final day.

“This will be a premium experience at a premium event, clearly distinguishable from a World Series tournament, and I am sure the local and global audience will be keen to show their support.”

WATCH: SENSATIONAL LUKHANYO AM TRY THE HIGHLIGHT OF SHARKS WIN

The Rugby World Cup Sevens 2022 tournament will be hosted in Cape Town, South Africa on 9-11 September.

The 2022 edition of Rugby World Cup Sevens follows a hugely successful event in San Francisco, USA in 2018 where it was New Zealand who came out on top in both the men’s and women’s tournaments – beating England and France respectively in the finals, and they will be looking to defend their titles in Cape Town.

As regular hosts of the Sevens Series, Cape Town is a highlight in every team’s calendar and will provide the perfect location for RWC Sevens to continue the strong momentum from the Tokyo Olympic Games.

“We will continue to work closely with the SA Rugby Union and all other stakeholders to ensure the delivery of a safe and secure world class event for players, teams and fans to enjoy,” World Rugby Chairman Sir Bill Beaumont said.