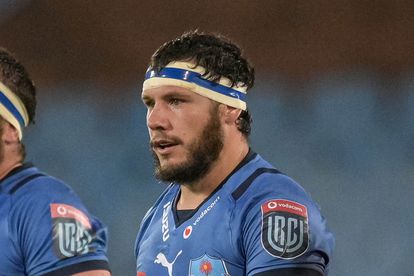 The Bulls have confirmed that they have secured the services of Springbok flank Marcell Coetzee until 2027. Photo: Christiaan Kotze/BackpagePix

The Bulls have confirmed that they have secured the services of Springbok flank Marcell Coetzee until 2027. Photo: Christiaan Kotze/BackpagePix

The Bulls have confirmed that they have secured the services of Springbok flank Marcell Coetzee until 2027.

Coetzee, who joined the Bulls from Ulster in 2021, has played a significant role in the Pretoria-based side’s success since his return to Loftus Versfeld.

Marcell Coetzee, who has 31 Springbok caps to his name, said that the decision to extend his contract with the Bulls was a simple one.

ALSO READ: HOW THE SPRINGBOKS CAN RETURN TO NUMBER 1 IN THE WORLD RUGBY RANKINGS

“It was a no-brainer,” said Coetzee.

“I really love playing for the Bulls. I believe we are on a path towards something special, and one wants to be part of a team that is destined to hit its heights pretty soon. The side has a lovely bunch of guys.”

Coetzee has said that he has no other intentions, but to return to Pretoria post his six-month-long sabbatical in Japan.

READ | NICK MALLETT: YOU DON’T HAVE TO BE A BRAIN SURGEON TO PLAY FLYHALF FOR BOKS

“The weekend may have been my last match for the  Bulls, but I will return at the back end of April come 2023. I missed my country a lot during my five years at Ulster, so I know I am coming back after this short journey.”

Speaking on why he views the Bulls as a special team, Coetzee said: “It is an honour to play for this team. I am extremely happy with where I am with the Bulls, the staff and the team spirit we have built; that is where my heart is. Me and my wife have definitely found a home in Pretoria, and we cannot wait to see how further the team develops and how I can help in driving and contributing to its success in the future.”