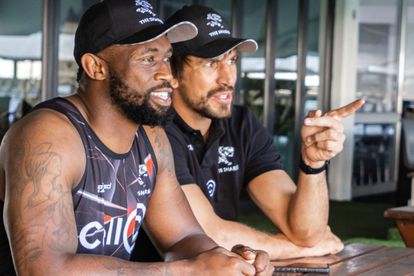 Sharks Director of Rugby Neil Powell has named a Bok-laden side to host one of the giants of English Premiership rugby, a fitting tribute to the new Champions Cup tournament and the respect held for their opponents.

Kolisi is joined by fellow Springbok Eben Etzebeth after the international duo missed last week’s United Rugby Championship game following a heavy workload for the national side in their four-match end-of-year in Europe in November.

There are numerous other Springboks handily placed throughout the team as they look to get their first match of this new competition off to a winning start. This is a new and decisive test for the South African sides who have not had a taste of Champions Cup rugby in the past, but the good showing of the local teams in last year’s and again the current URC tournament reflect their readiness to play, compete and succeed at this level.

With Etzebeth back in the starting line-up, Vincent Tshituka will revert back to the loose forward role he played previously, alongside Kolisi and Phepsi Buthelezi. Powell has retained much of the same backline as last week, with the only change seeing Werner Kok replacing Marnus Potgieter on the wing.