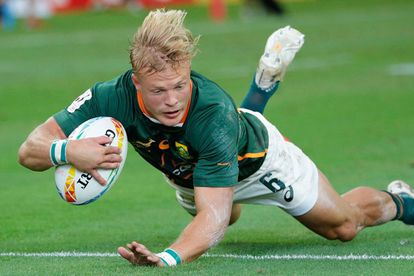 The Blitzboks and South Africa Women’s Sevens are in action on Friday evening.

Here you can follow both matches with live scores.

South Africa’s Women take on France from 18:35 at the Cape Town Stadium in what will be a stiff challenge against seeded opposition.

Blitzbok captain Siviwe Soyizwapi said the delivery of a Rugby World Cup to South African sporting fans would be massive, but the squad also want to have Powell lifting the Melrose Cup as the winning coach.

“We are certainly going to try and win it for the coach,” said Soyizwapi.

“He has been so instrumental in all our careers, not only as a coach, but also as a mentor and father figure. He will be sorely missed once he is gone, but we still have him for a couple of days and must use that time to make sure we give him a proper send-off.”

Playmaker Selvyn Davids was also full of praise when he spoke of Powell: “He changed my life around. I was having issues with my discipline and coach Neil changed that for me. I am a better person and a better player because of him, and no one can ask for more than that from your coach.”

For Impi Visser, who will make a return from injury and will be making his Rugby World Cup Sevens debut, the Powell factor will lift the squad, as will the impact from the Cape Town crowd.

“For us as players, it does not come bigger than this,” said Visser. “You are part of a once in a lifetime opportunity to play the Rugby World Cup Sevens in our own backyard and in front of your loved ones and supporters. If that does not bring the best out of you, nothing will.”

The Blitzboks’s first game on Friday is scheduled to start at 19:03.