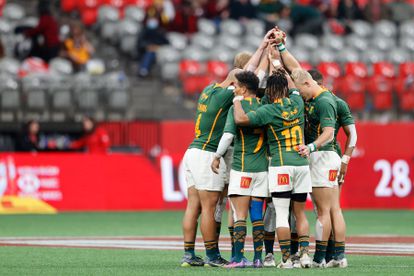 The Springbok Sevens squad failed to progress to the Cup quarter-finals of the HSBC France Sevens tournament in Toulouse when they were beaten 19-7 by Samoa in their final Pool D clash on Saturday.

This, together with defeat to Ireland on Friday, meant that the South Africans only finished third in their pool and lost the opportunity to extend their lead on the overall HSBC World Rugby Sevens Series log.

They did recover to beat Japan 40-0 in the ninth-place quarter-finals and will face Scotland in the semi-finals on Sunday.

That match kicked off at 12:12 (SA time), with the Blitzboks embarrassingly falling 24-7 behind at one point, before recovering somewhat as they launched hopes of a comeback.

In the end, the Springbok Sevens fell to a 24-21 loss as a recent run of shocking form continued, while further jeopardising their prospects for the season.

Luckily for the Blitzboks, their nearest contender on the log, Argentina, also suffered a defeat at the hands of Ireland in the Cup quarter-finals, so the South Americans are unlikely to overhaul South Africa’s lead at the top of the standings.

In addition, third placed Australia lost in the quarter-finals to France in what was another boost for the Blitzboks.

Springbok Sevens captain, Siviwe Soyizwapi, lamented their performance against Samoa and said the team only had themselves to blame.

LIVE | BLITZBOKS IN ACTION AT THE TOULOUSE SEVENS

“It is disappointing that we could not make the quarter-finals, but we just made too many errors against Samoa to put ourselves in a position to win,” he said.

“At least we bounced back well against Japan and will use that momentum for our match against Scotland.”

Soyizwapi pointed to the fact that they are still very much in contention to win the overall series: “This is a tough sport and if you make one mistake, you pay the price. We – and other big-name teams like New Zealand – found that out today.

“At times, you need some luck or the bounce of the ball to go your way, but today it did not go our way. It is true though that we are not playing as well as we could and that is something the players need to fix. The coaching staff prepare us well for each match, but somehow we fail to execute properly.”

The Blitzboks also lost Mfundo Ndhlovu before the Samoa game with an ankle injury, and JC Pretorius during the match, and will finish the tournament with only 11 fit players.