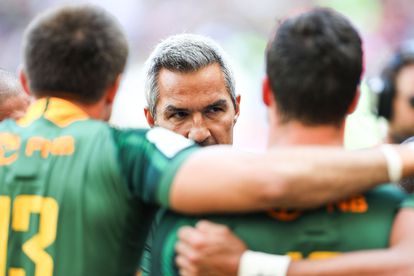 Trying to grab a few extra points at the event, the Blitzboks went down 22-15 as the Pumas scored twice in each half.

Argentina raced out to an eary 12-0 lead before a JC Pretorius try got the Blitzboks back into it.

After the break Zain Davids scored to narrow the gap further but another brace of tries from Argentina took the game away from South Africa.

Earlier the Blitzboks lost 14-19 to Fiji in the Cup quarterfinals.

This was the first time in 12 tournaments that the Blitzboks did not win their quarterfinals in the HSBC World Rugby Sevens Series and to be fair, have only themselves to blame. They conceded easy tries against Fiji, who scored in the 3rd and 4th minute to jump into a 12-0 lead and also in the first minute of the second half after confusion amongst defenders.

Davids scored just before the break to cut the Fijian lead to 12-7, but with the early second half try they extended that to 19-7.

Credit to the Blitzboks, who not only scored another converted try via Siviwe Soyizwapi, but in the final play of the match, worked Darren Adonis over in the corner. The TMO ruled that he was tackled in touch before grounding the ball and the opportunity and match was lost.

South Africa will remain on top of the World Sevens Series standings regardless of how the rest of the Singapore Sevens plays out.