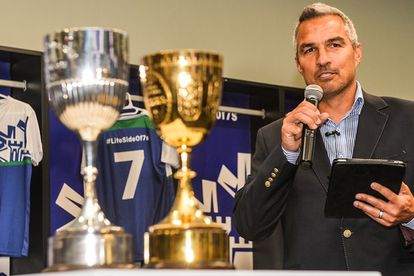 Coming into the final game on Saturday, the Blitzboks had highlighted that they would be looking for a more dominant performance on defence when they tackled Ireland in the quarter-finals of the Rugby World Cup Sevens.

Unfortunately, South Africa not only battled to make improvements on defence, but ultimately failed to make any positive impression in any facet of play as the home team produced error after error as they slumped to a humiliating defeat.

The Blitzboks will still compete for a final position in the tournament, but they have crashed out of the title race in shocking fashion.

Powell said he was not disappointed that they could not get the result, but rather that they were poor in the clinical execution of what they wanted to achieve in the match.

“It is all about momentum which you create by using your opportunities. We did not do that because we did not use those opportunities and then you are going to find it hard to pull that game back, like we saw tonight,” said Powell, who also felt his team’s lack of execution cost them.

“The basic errors from players tonight were not expected, like not finding touch, not winning lineouts, throwing passes into touch – those were errors that were not expected from the players, but that happened unfortunately. They are normally a lot more clinical in the execution of their skill sets.”

Powell said they have very little option but to bounce back when they face Argentina in the bottom half of the competition on Sunday.

“We will have to come back tomorrow and show that the badge and the jersey still mean something to the team,” he said.

“We will have to do our homework for the Argentina match and come out and do the work. They are a tough team that are hard to break down and they keep fighting until the end, so we need to make sure we play for 14 minutes and be a lot more clinical.”