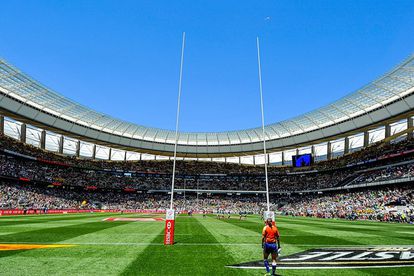 Tickets for the Cape Town Sevens will range in price from R150 for Friday up to R825 for Sunday, as 28 rugby teams from around the world get set to strut their stuff in the Mother City.

The action starts at 14h00 on Friday, 9 December, and climaxes with the men’s final at 18h56 on Sunday, 11 December. South Africa’s men’s and women’s teams will be in action on all three days along with the cream of the HSBC World Rugby Sevens Series.

In a first for the Cape Town Sevens and to reduce the risk of ticket fraud, all tickets for the event will be digital, mobile-only tickets – which means there are no paper or electronic PDF tickets. Special encryption in each digital ticket means that only legitimate ticket owners with their unique digital mobile ticket, downloaded to the Ticketmaster app on their phone, will be able to gain entry.

Buyers will be allowed a maximum of 10 tickets – each of which can be digitally transferred to a friend or family member who will in turn be required to register as a ticket owner to have the ticket validated and transferred to them.

Members of the former Sevens Loyalty Programme as well as subscribers to BokSquad – the digital Springbok supporters’ platform (register at www.Boksquad.co.za) – will have an early-bird opportunity to purchase tickets from today before the public sales open next week.

The stopover in Cape Town will be the third leg in the 2023 HSBC Sevens World Series, with the opening tournament taking place in Hong Kong in early November before heading to Dubai a week before the world descends on South Africa once more.

New Zealand did the double at the fifth instalment of the event when it was last held in 2019 as the first three-day event set records for tries scored and attendance.

On the opening day, all 16 men’s teams and 12 women’s teams will be in action.