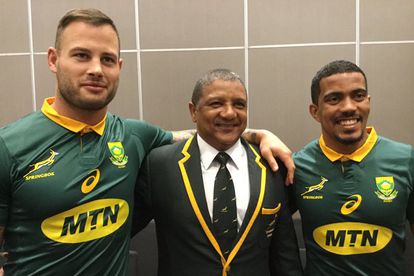 English club Saracens have confirmed the signing of an experienced and versatile Springboks player as injury cover on a short-term deal.

It was announced on Thursday that Saracens have acquired the services of 34-year-old Francois Hougaard on a three-month deal.

Hougaard played for the Worcester Warriors between 2016 and 2021, before joining Wasps last year. He amassed more than 100 combined Premiership appearances for the two English clubs.

Commenting on his move, Hougaard said he is delighted to be heading to North London.

“I am really excited about the opportunity to join Saracens. They are a great club with many fantastic players and I look forward to helping them build on their success over the years.”

Saracens director of rugby Mark McCall is pleased and excited to welcome the South African.

“Francois is a player with great experience and we are excited to see the impact he can make with us over the coming months.”

The versatile Hougaard, who plays scrumhalf and wing, has earned 44 Test caps for the Springboks between 2009 and 2017.

The new Saracens recruit is considered a Bulls legend, having made 100 appearances across all competitions for the Pretoria-based side.

He also previously turned out for Western Province and the Southern King (once in 2009).

Saracens boast a perfect record in the English Premiership so far this season, with nine wins from nine games. They are 11 points clear at the top of the league standings, followed by the Sale Sharks, Harlequins, Northampton Saints and Leicester Tigers, who round off the top five on the log.

ALSO READ: Blitzboks aim for a perfect 10 in the desert