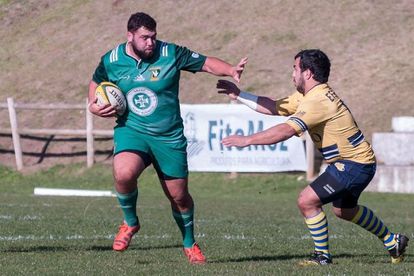 The Boks had originally been drawn in Pool B with Ireland, Scotland and Spain, as well as a yet-to-be-determined qualifying team, for the 2023 Rugby World Cup. Yet in a dramatic turn of events it was recently confirmed that Spain have been deducted 10 log points in qualifying for fielding an ineligible player (ironically a South Africa-born player), and now the Boks are instead set to meet Romania for the first time since the 1995 World Cup.

In a further twist, the player in question had been accused of possessing an allegedly forged passport in order to play for the country on residency.

It was the Romanian Rugby Union that filed a complaint against Spain, alleging they had used illegible player, South African-born prop Gavin Van den Berg, during qualifying.

However, Van den Berg has stated that he was unaware his travel documents had been tampered with by his club.

“When they showed me the copy of my passport that Alcobendas Rugby Club had provided to FER [Spain’s rugby union], I saw that the dates of the exit stamps from Spain and the entry stamps in South Africa in 2019 did not match with the actual dates of my trip,” Van den Berg explained in a declaration.

An independent judicial committee considering a potential breach of Regulation 8 (eligibility for a national team) has determined that Spain fielded an ineligible player during two Rugby World Cup 2023 qualification matches and has imposed a 10-point deduction and a financial sanction.

The deduction of five points for each of the two matches in which the ineligible player was fielded by the Spanish union (10 points in total).

World Rugby Regulation 8 stipulates mandatory financial penalties for breaches of the regulation. The committee imposed the fixed sanction of £25,000 and noted that a suspended sanction of £50,000 relating to a previous eligibility breach during qualification for Rugby World Cup 2019 would be payable.

Nienaber and his coaching team have been working hard behind the scenes to prepare for the international season, with the first of their two alignment camps being hosted in Durban in April, while the second alignment camp took place in Cape Town earlier this month.

“It was wonderful to see the players buying into our processes at the first alignment camp a few weeks ago, and we are hoping to build on this at our next camp,” said Nienaber.

“The international season is creeping closer, so the sooner we have the players and management on the same page in terms of our structures, the easier it will make things when we take the field at our first training camp before the July Tests.”