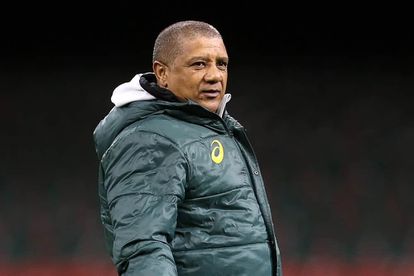 Namibia captain Johan Deysel said his side are “hungry” to reach next year’s Rugby World Cup ahead of Sunday’s qualifying final against Kenya. Photo by Chris Fairweather/Huw Evans Agency/Gallo Images

Namibia captain Johan Deysel said his side are “hungry” to reach next year’s Rugby World Cup ahead of Sunday’s qualifying final against Kenya. Photo by Chris Fairweather/Huw Evans Agency/Gallo Images

Namibia captain Johan Deysel said his side are “hungry” to reach next year’s Rugby World Cup ahead of Sunday’s qualifying final against Kenya in the south of France.

The Welwitschias are eyeing a seventh straight appearance at the tournament, where they would feature in Pool A alongside hosts France and three-time winners New Zealand, Italy and Uruguay.

Centre Deysel, 30, represented his country during the 2015 competition and the edition held in Japan three years ago.

“Knowing what a World Cup is like, having been there, makes you want it more. It would be amazing to qualify again,” Deysel told AFP on Friday.

“There’s a big hunger in the team to qualify,” he added.

Deysel, who plays his club rugby in the French second-tier ProD2 with Colomiers, missed the July 1 quarter-final win over Burkina Faso due to the birth of his daughter, adding to his young son who was also born in France.

“Between these two and my wife, they mean the world to me,” he said.

“I play rugby professionally and they support me throughout my rugby career, which isn’t very long.

“I’m giving it my all for as long as I can and it provides for us as a family.

“I put photos of them up in my locker room before I play so they’re with me all the time,” he added.

Namibia’s squad for the tournament, held in Aix-en-Provence and Marseille on the Mediterranean coast, includes players who feature for domestic sides in countries such as Israel, Poland and the United States.

“It’s always a challenge because we come from all over the world,” Deysel said.

“We only had a two-week camp before this tournament. Most of the squad has been together for the past two World Cups.

“It helps for the senior guys to get the new guys quickly on the same page,” he added.

The 59-year-old led them past 27th-ranked Zimbabwe in Wednesday’s semi-final before facing the Simbas, who are 33rd in the world, this weekend.

“Allister is a big name in rugby after coaching the Springboks,” Deysel said.

“The coaching staff he’s brought with him are really good guys. Everyone gets along very well.

“We’re looking forward to working with them for a longer period, we just need to get past this final game with Kenya,” he added.