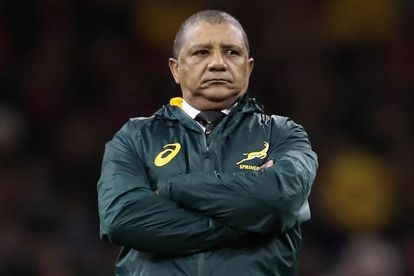 Former Springbok coach Allister Coetzee is 80 minutes away from overseeing Namibia’s qualification for the 2023 Rugby World Cup in France.

Namibia beat Zimbabwe 34-19 in Marseille on Wednesday and will face Kenya in the final of the qualification tournament with the winner earning the right to take part in France late next year.

However, they will be placed in the ‘Pool of Death’ alongside hosts France, the All Blacks, Italy and Uruguay with just the top two sides progressing to the quarter-finals.

The 2023 Rugby World Cup will take place between 8 September and 28 October.