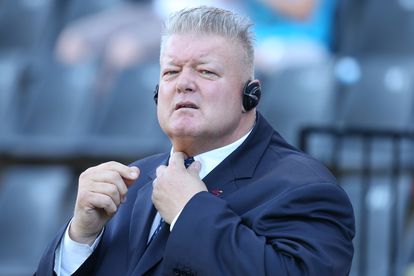 According to Netwerk24, Jimmy Abbott had “difficulty breathing” late on Sunday evening and died at 20:40 at his home in Heidelberg.

Medical help was summoned but was unable to save the boxing legend.

At one stage in the 1980s Abbott was South Africa’s youngest heavyweight champion and ranked No 9 in the world at his peak.

He also weighed around 900 pounds (400kg) after his retirement, but shed as many as 230kg over the last decade.

He retired with a professional record of 19 wins, five defeats and two draws.

Abbott was often spotted in the crowd at Ellis Park watching his beloved Lions play.

Kobus Wiese, who played 18 Tests for the Springboks and was part of the 1995 Rugby World Cup-winning team, also played 128 matches for Transvaal / Golden Lions during his career.

Wiese took to social media on Monday to write, “Sadly Jimmy Abbott passed away. Everything about Jimmy was big! His stature, his love for the Lions, his devotion to the Lord. Mooi loop my vriend, tot ons weer ontmoet”