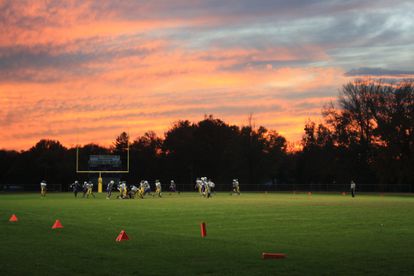 Worcester are burdened by debts totalling more than £25 million ($26.5 million), including at least £6 million in unpaid tax, with growing anger expressed towards owners Colin Goldring and Jason Whittingham, who have been accused of asset-stripping the club. Photo: PEXELS

Worcester are burdened by debts totalling more than £25 million ($26.5 million), including at least £6 million in unpaid tax, with growing anger expressed towards owners Colin Goldring and Jason Whittingham, who have been accused of asset-stripping the club. Photo: PEXELS

English Premiership side Worcester were suspended from all competitions by the Rugby Football Union on Monday after failing to meet a funding ultimatum.

Worcester are burdened by debts totalling more than £25 million ($26.5 million), including at least £6 million in unpaid tax, with growing anger expressed towards owners Colin Goldring and Jason Whittingham, who have been accused of asset-stripping the club.

ALSO READ: Dear World Rugby: Do you actually pay these referees and TMOs?

A statement from the RFU said the owners had failed to meet a deadline of 1600 GMT on Monday to provide proof of insurance cover and funding for the monthly payroll and were also missing a “credible plan to take the club forward”.

“We appreciate this is incredibly difficult news for fans, staff and players,”

“We would like to thank the staff and players who have worked tirelessly over recent weeks to enable matches to continue.

Why Worcester got suspended

“We met with players and staff last week to explain why this action would be necessary and regrettably without assurances in place we have had to take this action to protect everyone’s best interests.”

Sweeney said he hoped a buyer could be secured to allow the club to return to professional rugby, saying that the RFU would seek to learn from the situation to address broader financial problems in English club rugby.

“While it is the responsibility of each business owner to manage their individual finances, we will look at learnings from this situation to see what regulation can be put in place to provide all parties with more financial transparency,”

“Rugby is a relatively young professional sport and it has been widely recognised that clubs have been facing financial challenges even before Covid.

“Successful professional leagues are vital for the wellbeing of the whole game….This is why it is so important that we continue to work with Premiership Rugby to improve the structure, governance and business model of rugby union in England.”

Sweeney said the RFU would work with Premiership Rugby and the government to establish the next steps for the club.

Premiership Rugby issued a statement confirming Saturday’s league match between Gloucester and Worcester was off.

Simon Massie-Taylor, chief executive of Premiership Rugby said: “I know this will continue to be a distressing time for the players, staff and supporters at the club and we will continue to support them where we can during this next phase.

“This decision affects other clubs in the league too and we are sorry for the disruption it has caused Gloucester Rugby and its supporters whose home fixture will no longer take place this weekend. We will be continuing to review the situation daily with the club and RFU.”

ALSO READ: World Rugby rankings after Rugby Championship: Springboks ahead of All Blacks

Worcester are not the only one of the Premiership’s 13 clubs facing potential financial collapse.

Wasps, twice European champions, announced last week their intention to appoint administrators after failing to meet a May deadline to repay £35 million in bonds, which helped finance their relocation to Midlands city Coventry from London in 2014.

There are fears Worcester and Wasps represent the tip of an iceberg, with the collective debts of all 13 Premiership clubs estimated at more than £500 million.

Worcester are third from bottom of the Premiership table after one win from their opening three games. They beat struggling Newcastle 39-5 on Saturday.