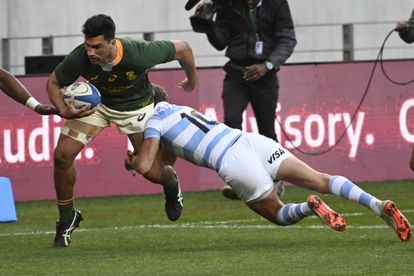 South Africa vs Argentina: The Rugby Championship concludes with the clash between the Springboks and the Pumas at Hollywoodbets Kings Park in Durban on Saturday, 24 September 2022.

Kick-off is scheduled to take place at 17:05 with the match broadcast live on SuperSport in South Africa.

South Africa have won their last five Tests against Argentina; the last and only time the Springboks enjoyed a longer winning run against the Pumas was during their first 14 meetings from November 1993 to August 2012.

The Springboks have won 14 of their 15 Tests against Argentina at home, including their last six in succession despite leading at half time in just three of those meetings.

South Africa have made 42 line breaks in Test rugby in 2022,the second-most of any Tier One nation behind Ireland (45) and ahead of Argentina (31).

Argentina (29) and South Africa (28) have won the most turn overs of any teams in The Rugby Championship in 2022; they have also made the most and second most tackles, respectively.