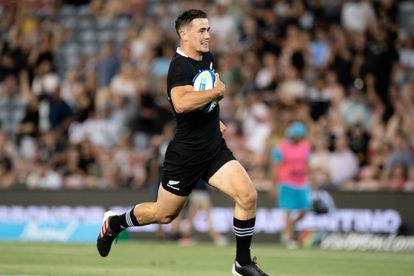 All Blacks playmaker Will Jordan’s participation in Saturday’s clash against the Springboks at Ellis Park is in doubt.

Jordan, 24, missed Tuesday’s training session with what management described as a stomach bug.

A waitress in 1995 allegedly poisoned the All Blacks

Social media immediately went into overdrive, suggesting a repeat of the 1995 Rugby World Cup claim that on the eve of the final – also at Ellis Park – a phantom waitress who became known as ‘Suzie’ allegedly poisoned several of the All Blacks’ squad.

Jordan started on the right win in last Saturday’s clash in Mbombela and Sevu Reece could step up to take his place if he is unable to recover in time.

With flyhalf Beauden Barrett and fullback Jordie Barrett also both under an injury cloud, the All Blacks could be forced into a completely new-look back three for Saturday’s clash.

Jordan has been one of the All Blacks’ standout players in recent times, boasting 19 tries from 16 Tests, but he was kept quiet by the Springboks last Saturday.