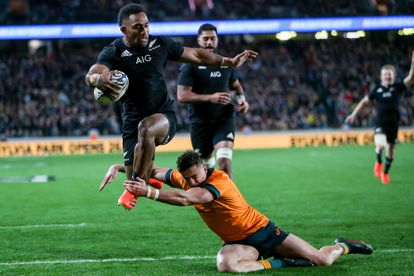 Going forward, New Zealand and Australia will play each other only TWICE a year in the Bledisloe Cup, as opposed to the current 3 occasions. Photo: Dave Rowland/Getty Images

Going forward, New Zealand and Australia will play each other only TWICE a year in the Bledisloe Cup, as opposed to the current 3 occasions. Photo: Dave Rowland/Getty Images

The Rugby Championship opens with the second New Zealand vs Australia Test in the Bledisloe Cup at Eden Park in Auckland on Saturday morning (South African time).

The first Test in the Bledisloe Cup has given us some insight into how this Rugby Championship contest will play out.

In the first Test the All Blacks failed to kill off the contest despite a strong first half but still held on for the lead, it was a performance that was good enough in the circumstances but coach Ian Foster will want more.

The Wallabies have picked a side that suggests they will want to ramp up the physicality with firebrand flanker Lachlan Swinton called up for his third Test and explosive winger Marika Koroibete recalled after serving a suspension for a drink infringement in the bubble.

READ: Veteran Springboks on the brink of milestones in Rugby Championship

Australia coach Dave Rennie said his charges were raring to go and prove themselves at the ‘home’ of New Zealand rugby, Eden Park.

“Eden Park is a place that most teams fear but we’re excited to get another crack after last weekend’s disappointment,” said Rennie.

“To beat New Zealand, you have to win the collisions and be clinical for 80 minutes and we didn’t do that.

“We’ve got a lot more in us and we’ll show that on Saturday night.”

The All Blacks sport an absurdly talented backline but Foster remains wary of an Australian fightback, with the Bledisloe Cup on the line alongside Rugby Championship points.

“We know that Australia will be disappointed with the result and will lift. It’s a do or die game for them.

On This Day: What happened on 23 July?