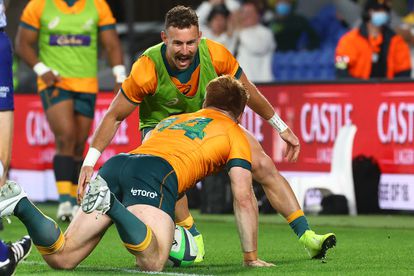 Australia coach Dave Rennie has urged his team to stay focused as they eye three wins in a row for the first time since 2017.

“We know the Argentinians will be desperate because they have had four losses so far and they’re a good side,” he said Thursday ahead of the clash in Townsville, in northern Queensland, the second game of a double-header with New Zealand facing South Africa in the early match.

“They’ll want to express themselves, they throw more passes (than South Africa), they counter when given the opportunity and they are very good at it.

“They’re also very good at filling the field, are disciplined around defence and can be hard to break down.”

“What we’ve learned over the past few weeks is we have to hang in the fight for a long time, sometimes it takes 60 or 70 minutes to crack a side,” he added.

“We have had a couple of bad games on the hop,” he added. “We’re really concentrating on getting better and we’re playing against a team that is really confident.”

Take our Rugby Quiz: One lucky fan will win R1 000 in mobile data!

One tragically dead, another ejected in high-speed collision

‘RHOD’: Jojo Robinson opens up about abdominoplasty and liposuction