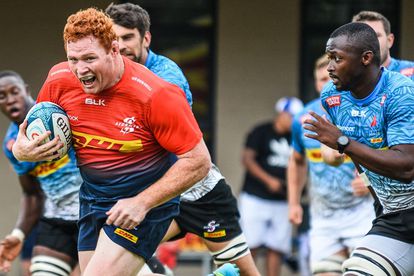 Once written off as no-hopes in the URC, the Stormers produced a remarkable comeback to be crowned the inaugural champs in the URC, utterly outplaying the Bulls when it mattered most in the title decider.

The result marked an 11th win in a row for the Stormers, who never lifted the title during their time in Super Rugby – beaten by the Bulls in their only final in 2010.

Understandably, the performances of the Stormers’ top players has captured the attention of top teams.

Stormers captain Steven Kitshoff is already a household name in world rugby circles, and now according to Sunday’s Rapport, he is in talks with Ulster about a possible move to Ireland.

Importantly, though, Stormers fans should note that the article reveals that the deal is unlikely to materialise before next year’s World Cup.

Kitshoff is under contract with the Cape-based side until 2024, but could consider leaving after the global showpiece in 2023.

A source told the Afrikaans publication: “Steven is still very happy in the Cape, and he is fully committed to the Stormers. Even though he has a contract with the Stormers until 2024, they won’t stand in his way if he wants a new experience after the World Cup.”

After being crowned champions of the United Rugby Championship, Stormers coach John Dobson highlighted what this could mean for the franchise going forward.

“It’s an incredible story of where we came from,” Dobson said after the match. “I was on a train outside Venice in that first game [against Benetton]. We didn’t know what we were going for. Somebody phoned me and there was talk of us being pulled out of the URC and being replaced by the Cheetahs. In fact, a journalist asked me that question on the train. So it is an amazing story…

“If I could put it down to something, it’s an unwavering work ethic and joy amongst our players. It’s just a really good group and we got them to believe in what we were trying to do.

“If you are sitting as one of the potential investors and see the product that was out there today in terms of crowd, passion, the result on the field, we are obviously going to be a sought-after investment. There is no question that people are going to buy into Western Province Rugby and Stormers rugby now.”