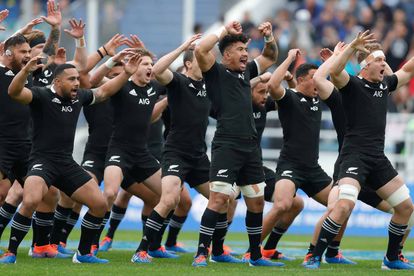 The All Blacks perform the Haka during the 2019 Rugby Championship. Photo: EPA/Juan Ignacio Roncoroni

The All Blacks perform the Haka during the 2019 Rugby Championship. Photo: EPA/Juan Ignacio Roncoroni

It’s rare that World Rugby’s rankings are watched with such keen interest – this is not cricket. And yet, with the Rugby World Cup looming it’s as if the value of the rankings have been given an extra bit of interest, despite the fact that the pool fixtures have already been decided.

This s weekend’s second round of The Rugby Championship could result in a fair bit of movement in the rankings. Most intriguing is the battle for number one with the possibility of Wales going top should the All Blacks lose by a large enough margin.

Tactical switches and testing the strength in depth is the key theme of the weekend’s matches, but make no mistake – bragging rights are also at play.

That’s especially true for Saturday morning’s so-called “grudge match” between New Zealand and South Africa. The Boks won in Wellington last year and Rassie Erasmus will be keen to prove that wasn’t just a fluke – even if he’s shuffled the pack.

South Africa are sitting pretty at the top of the Rugby Championship table, but they can also improve their World Rugby ranking on their trip to Wellington.

Here’s how the weekend’s results could impact the World Rugby rankings.

If New Zealand lose by more than 15 points, Wales will replace them at the top of the World Rugby rankings.

The Springboks can climb to fourth with a win or a draw and cannot drop lower than five. South Africa picked up just over seven-tenths of a rating point for the victory over Australia. But that reduced the gap between them and England to a just under a point.

Australia can’t improve on their ranking, but if they lose, they will drop below Scotland to seventh. If the Wallabies lose by more than 15 – and Fiji beat Japan by the same margin, they will drop even further – to below Fiji.

A win for Argentina could see their ranking improve to seventh, but that depends on the margin as well as results elsewhere.

Other stats worth noting