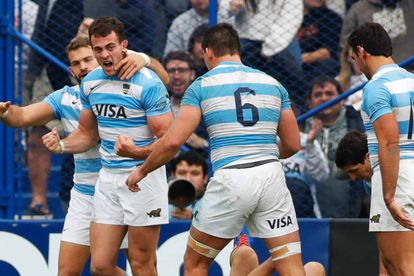 If Argentina kept one eye on Australia during the opening weekend of the 2019 Rugby Championship, they have every reason to believe they can beat the Wallabies when the two sides meet on Saturday.

Los Pumas pushed the All Blacks all the way and Australia looked somewhat out of sorts.

Both sides have almost certainly put the possibility of winning the trophy for the championship out of their minds, but this is a World Cup year and teams will use every opportunity they can fine-tune their plans.

Australia made five changes to the starting line-up and five among the replacements for the Brisbane match after the 35-17 defeat to South Africa in the opening clash of the Rugby Championship in Johannesburg last weekend.

Christian Lealiifano will start his first Test in three years against Argentina on Saturday while bad boy James O’Connor was recalled to the bench as Australia coach Michael Cheika experiments ahead of the World Cup.

Argentina’s shuffle also comprised of five changes with veteran Agustin Creevy missing out through injury as coach Mario Ledesma goes searching for depth ahead of the World Cup.

After naming 13 players from Super Rugby runners-up Jaguares against the All Blacks, Ledesma has picked four foreign-based players to face the Wallabies.

Kick off time and how to watch

Kick off time is at 11:45AST and SuperSport 1 will screen the action live.

Australia are favourites and the travel shift Argentina have had to put in will certainly be a factor. Los Pumas have beaten the Wallabies just six times out of their 31 meetings. Their most recent win came last year on the Gold Coast. It’s a tough one to call, but we’ll stick our necks out and say the Aussies to win by ten.