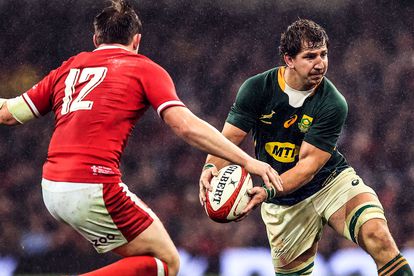 RATINGS: HOW BOKS PERFORMED IN 2021 – KOLISI AND DE KLERK

It’s been a challenging year for the 35-year-old, who missed out on the British & Irish Lions tour due to a serious ankle he suffered on the eve of the series.

Vermeulen described it as one of his rugby “bucket list” items that he wasn’t able to mark off as complete, but it does appear to have fuelled his desire to now push through to the 2023 World Cup.

The veteran No 8 eventually recovered to play all four of the Springboks’ games in Australia, which included back-to-back Tests against the Wallabies and All Blacks.

It did appear that Vermeulen required regular game time to build back to his best form and fitness, with the highlight of his year undoubtedly the game-defining penalty that he won at the breakdown in the final Rugby Championship Test against New Zealand.

Vermeulen started all three games on the end-of-year tour, producing a solid all-round showing – albeit without stealing any headlines – and there is no doubt he will remain integral to the Bok cause as the 2023 World Cup approaches.

This was a defining year on the Test stage for Smith, who featured in all 13 Tests in 2021.

After playing a relatively bit-part role with the Boks in 2018 and 2019, this season saw the national coaches place full trust in the dynamic capabilities of the versatile former Blitzboks star.

Smith started the first Test against the British & Irish Lions at No 8, but it was his switch to blindside flank that was particularly encouraging in the second half of the season.

Often perceived to not have the size and physicality for such a role at No 7, Smith proved the doubters wrong with a sequence of high-energy performances that showcased his unique skill set.

He was never going to provide the physical presence and power of injured Pieter-Steph du Toit, but he was dynamic on defence and at the breakdown, while his work rate always set him apart.

Smith may well revert to an impact role with the Bomb Squad once Du Toit is back to full fitness, but this was a season-defining year for the 28-year-old, who has emphatically proven he can make a success of his switch to fifteens at Test level.