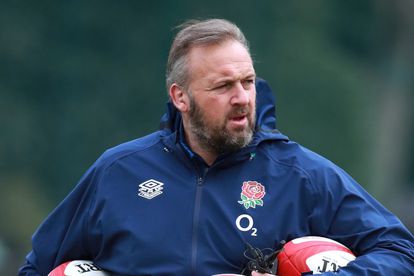 Ex-Springbok forwards coach Matt Proudfoot will, according to reports, this week be named the new man in charge of Maties in the Varsity Cup. Image: PA

Ex-Springbok forwards coach Matt Proudfoot will, according to reports, this week be named the new man in charge of Maties in the Varsity Cup. Image: PA

England are set to host the Springboks at Twickenham on Saturday and it appears Proudfoot has now taken a subtle dig at the South African camp.

SA Rugby director of rugby Rassie Erasmus has been handed a two-game suspension — his second such ban in less than a year — for open criticising the referees after the Springboks’ defeats to Ireland and France.

In a series of facetious tweets, Erasmus highlighted erroneous refereeing calls that went against his side and it was what landed him in hot water with World Rugby. Erasmus will have no match-day involvement with the Springboks at Twickenham.

Proudfoot, who had formerly worked as one of the Springboks assistant coaches under Erasmus before joining Eddie Jones’ backroom staff, has now come out in praise of World Rugby‘s excellent processes when it comes to communication between match officials and Test teams.

Proudfoot said England are happy with the level of contact they had with World Rugby’s head of match officials Joel Jutge.

“World Rugby has been great in the way it has communicated to us. We’ve got a process that we follow. It’s really constructive,” he explained.

“We have a very clear line of communication to Joel Jutge. I sent him clips after the game on Sunday night and he replied to me first thing on Monday morning.

“There’s a clear line of communication if you want to deal with something that you want clarification on, particularly in a week that you can give it to your players and train it.

“It’s productive for us because we get the right information and we can utilise that information.

“For us it’s about affecting decisions on the field by exhibiting the right behaviours. There are a lot of interpretations of the laws, so we’d rather get the right interpretation from World Rugby. That’s why we follow the process.”