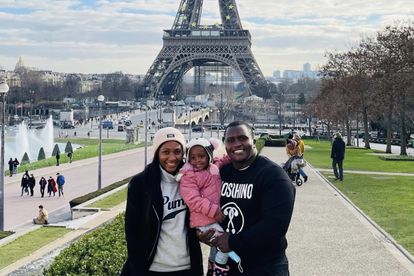 Nyakane left the Bulls towards the end of last year on a big-money transfer, and spent New Year’s Eve in isolation with his family in a Paris hotel in order to follow Covid-19 travel regulations after arrival from South Africa.

However, they have quickly got out and about, with the 32-year-old prop posting pictures in front of the Eiffel Tower as they began to explore the picturesque city.

Nyakane has also already starting training with his new French team, and highlighted how impressive that had been.

“After coming here and seeing the facilities, the vibe at the stadium, the way the team carries itself, it’s something I wanted as a new challenge for myself,” he told AFP.

“I’m relishing that, so I’m trying my best to learn as much as I can.”

Nyakane was under contract at Bulls until the end of 2023, but according to SuperSport.com, he was approached by the French club during the recent end-of-year tour to the UK.

To secure his early release, but considering Nyakane had two more years on his contract, the buy-out fee is expected to around R5-million, which would be biggest transfer fee paid to a local franchise for a player transfer.

In particular, the French club are aiming to strengthen their options at tighthead, with George-Henri Colombe set to join La Rochelle, while Ali Oz is coming to the end of his contract. Racing are apparently also interested in Toulouse’s Paulo Tafili.

Nyakane has been at the Bulls since 2015, and currently appears to be performing at the peak of his powers.

For the Boks, the affable recently reached the 50-Test cap milestone, while across all competitions he has played nearly 100 times for the Bulls.

He also played 80 matches for the Cheetahs during his time in Bloemfontein.