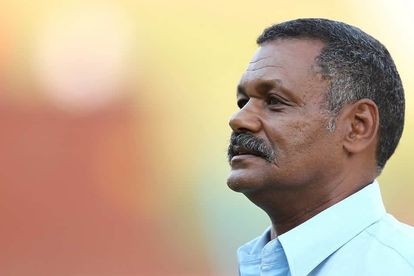 The tournament will take place from 5-9 April 2023, and marks the first occasion that South Africa has competed in a World Deaf Rugby tournament since 1995, having missed the 2003 and 2018 editions.

The squad will be competing against hosts Argentina, as well as Kenya, Ghana, Australia, New Zealand, England, Japan and the reigning Champions, Wales.

The squad has been selected off the back of five grueling coaching clinics that were held by Peter de Villiers (head coach and former Springbok head coach), Marlize van der Merwe (assistant coach, Free State Women’s Rugby coach), and Andy Daniel (team manager, Founder of Scrum5Rugby). Two clinics were held in Gauteng, two in the Western Cape, and one in KwaZulu-Natal.

Head coach Peter de Villiers is more than satisfied with the wider squad that has been selected: “We have managed, after a tough training program, to settle on a squad which I think with the necessary support will be prepared and ready to represent our country with pride and dignity. Thanks to all for your input from the very least to the plenty, we value your input and support. To the chosen ones of this Elite Squad; now the hard work begins. Let us find the will to prepare to put a marker down as we don’t want simply just want to turn up, we want to compete.”

Marlize van der Merwe added: “Being part of Deaf rugby as a match official and coach was one of the most humbling highlights of my 20 year involvement in rugby. The inability to hear takes nothing away from your ability to perform as these men are proving. I am extremely excited to see the combination of skills, ability and heart displayed to the world. These men are worthy of our support. I believe in each and every player and we encourage the rest of South Africa to rally behind our team for the upcoming World Deaf Sevens.”

Many questions have been asked about how the players and coaches communicate effectively but for Team Manager Andy Daniel, this hasn’t proven to be too difficult.

“Working with these players has been an incredible eye opener for all involved but for me personally I have never worked with a team of sportsmen that have been so focused on the job in hand. Because of their hearing impediments, it means other forms of communication are incredibly important and if that focus isn’t consistently at 100% then important messages will be easily missed. As for their abilities on the field, they are as good as any rugby players I have seen at this level and we are confident we are assembling a team that can go and win this tournament. We now just need the rest of South Africa to back us on this.”

ALSO READ | CAPE TOWN SEVENS: ALL BLACKS HAVE DOMINATED IN MZANSI – ALL THE NUMBERS

Mining group ArcelorMittal has joined SADRA as an associate sponsor for the tournament.

“We are thrilled to be able to support this South African sports team as they ready themselves to compete against the best in the world at next year’s tournament,” said Kobus Verster, Chief Executive Officer of ArcelorMittal South Africa.

The company’s R350 000, year-long sponsorship will go towards covering the costs of the teams’ travel, accommodation, and other expenses while in Argentina; as well as to ensure that the teams are adequately equipped for the tournament.

“We are still on the hunt for a naming sponsor, and one more associate sponsor, and we are calling on South African companies or brands to assist our boys in green to bring home the gold,” says Lauren Terras, SADRA vice-president.

Interested entities can contact vp@sadeafrugby.co.za to obtain the sponsorship proposal which neatly aligns itself in the CSI space for sports and disabilities.

Seventeen players have been selected for the men’s elite training squad, which will be cut to 12 players ahead of the tournament.