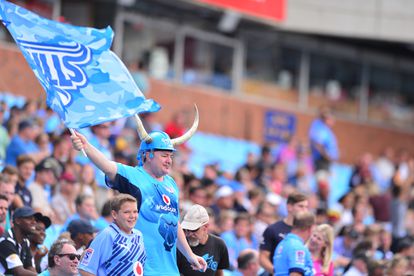 The Bulls and Stormers will clash in a highly-anticipated North-South derby as the South African teams head into United Rugby Championship action this weekend.

Over the last couple of seasons, the Bulls have established themselves as the leading team in SA rugby, and the Pretoria-based franchise have now posted a social media video that is sure “rev up” some fans.

You can watch the video from the Bulls below:

On Wednesday, the Bulls flexed their muscles to defeat Western Province 40-21 in their second-round clash at the Cape Town Stadium.

READ | CURRIE CUP ROUND 2: ALL THE RESULTS AND MATCH REPORTS

The visitors from Pretoria simply had too much power, aggression and precision and went into the break with a comprehensive 28-0 lead on a perfect summer evening in the Mother City.

They registered four converted tries and managed to keep the home side scoreless with solid defence.

The Bulls added two more tries after the break but it was the home side who finished the match with a flurry of late tries – three in the last 15 minutes – to add some respectability to the scoreboard.

The men in light blue had seasoned Springboks Bismarck du Plessis, Marcell Coetzee and Morne Steyn in their ranks and they showed their class and experience from the outset.

READ | EVER WONDERED WHAT’S THE MINIMUM SALARY FOR A SA RUGBY PLAYER?

They were off to a flying start when fullback James Verity-Amm ran through to score the opening try after only two minutes. Steyn converted the try which was at the end of an impressive, precise and powerful passage of Bulls play.

The powerful visiting forward unit did the damage to set up their second try, scored by right wing Canan Moodie, who dotted down for his maiden Currie Cup five pointer. Steyn raised the flags with his splendid conversion from an acute angle to double lead to 14-0 on the 15-minute mark.

A strong scrum laid the foundation for their third converted try, scored by prop Simphiwe Matanzima, after a couple of piercing pick-and-go drives had punched a hole in the home defence.

Cyle Brink, another Bulls debutant, was the recipient of another patient forward build-up when he went over the whitewash for their fourth try of the first stanza. Unfortunately for Brink he had to leave the field with an ankle injury just before the end of the first half.

Du Plessis grabbed his try just after the restart as the Bulls continue their dominance, and he was soon followed by No 9 Marco Jansen van Vuren.

Bulls replacement front rower Jan-Henrik Wessels was red carded in the last minute of normal pay for a dangerous cleanout.