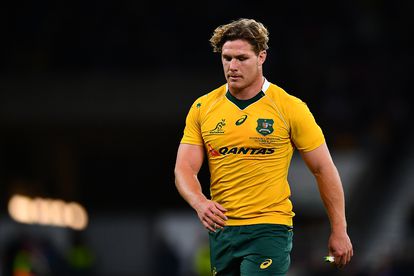 Wallabies skipper Michael Hooper has admitted Quade Cooper has been key to their success since his surprise return to the fold. Photo by Dan Mullan/Getty Images

Wallabies skipper Michael Hooper has admitted Quade Cooper has been key to their success since his surprise return to the fold. Photo by Dan Mullan/Getty Images

The introduction of the yellow card and accompanying sin-bin to international rugby union changed the face of the sport forever.

The five most yellow-carded players in Test rugby

Here we look at rugby’s naughtiest boys, based purely on the number of yellow cards collected in Test matches.

In his 124 Tests for the Springboks Bryan Habana was off the field for 70 minutes thanks to a yellow card.

Habana isn’t renowned for being a dirty player in the least so it may surprise some to see the Springboks record try-scorer make this infamous list.

In Habana’s favour is that the Springboks won five of the seven matches in which he was sent to the sin-bin.

He was yellow-carded in the 2015 Rugby World Cup semi-final against the All Blacks for a deliberate knockdown.

The journeyman lock who has plied his trade in Wales and France had a career hampered by an undeniable mean streak.

He was kept out of the Canada team by lengthy foul play bans handed down to him in the French Top 14, including a 70-day ban for stamping on Jacques Burger.

Picked as an enforcer Cudmore often went too far and was yellow carded seven times in 43 matches for Canada.

Rugged and direct more than an out-and-out dirty player, Bortolami is Italy’s youngest captain and a widely respected figure among fans of the Azurri.

His combative style could bring him into conflict with officials, though, and he had an international red card to go with his seven yellows.

Bortolami was sent off in a rare Test win for Italy, who held on to beat the Pumas after their skipper committed a second yellow card offence.

The Georgian infamously pushed referee Wayne Barnes in a club match and hasn’t been on his best behaviour in his 50 internationals for the Lelos either.

At one stage he sported a distinctive hairstyle which seemed only to serve to help officials to identify the backrower when he was caught transgressing the laws time and again.

An intense player, Kolelishvili spent a lot of time on the ragged edge, but his volatility was matched with tremendous talent.

A man that is no stranger to South African rugby fans is Aussie legend and panto villain Michael Hooper.

Hooper epitomizes the longstanding tradition of Wallabies testing the limits of the rules in international rugby.

The loose forward has been relentless in his international career and could even add to his impressive tally if he is yellow-carded in the 2021 season, although he managed to avoid the referee’s pocket in the curtailed 2020 campaign.