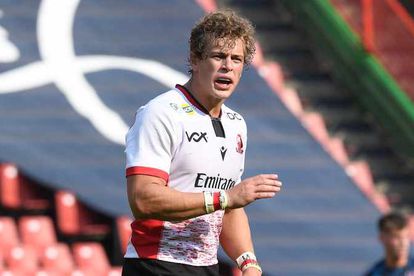 Andries Coetzee is back in the Lions team for the Challenge Cup. Photo: BBP.

Andries Coetzee is back in the Lions team for the Challenge Cup. Photo: BBP.

Lions coach Ivan van Rooyen has made a two changes to his starting lineup for Saturday’s European Challenge Cup match against the Dragon at Ellis Park.

The Lions will make history this Saturday as the first of two South African teams to participate in the 2022/23 European Professional Club Rugby Challenge Cup against the Dragons from Wales at Ellis Park. The Cheetahs take on Pau in the following match.

Fresh from a home victory over the Scarlets last week in the Vodacom United Rugby Championship, the Lions have made three personnel swaps, two in the run-on XV and one on the bench.

Experienced fullback Andries ‘Boeboes’ Coetzee returns in tandem with wings Edwill van der Merwe and Rabz Maxwane at the back. Zander du Plessis gets a starting opportunity at 12 alongside Sango Xamlashe in the midfield, while centre Rynhardt Jonker is set to make his debut for the Lions off the bench.

Earlier this week, Van Rooyen spoke extensively on squad selection ahead of what will be a testing eight weeks for his troops in all competitions.

“We have rotated and rested a few our guys in recent games. We saw Jaco Kriel make a comfortable return to play after a long injury last week,” explains Van Rooyen.

“It’s pleasing to know that we have a relatively healthy squad with no new injuries ahead of tomorrow. These next two weeks at home will be an ideal opportunity to subtly rotate the squad especially looking at the spine of the squad.”

Due the magnitude of the Challenge Cup, it’s a dream for any player to be part of such a historic occasion. However, Van Rooyen believes squad management is key.

“If we honest about the bigger picture in terms of the number of games ahead, the core group will be involved in both international competitions, he explains.

Of course, for some of these players it will be nice to play in our first game of the EPCR Challenge Cup, but hopefully we can get close the play-offs and have everyone available at that juncture. Ultimately, it’s about balancing the bigger picture and being part of this historic occasion,” concluded.

This Challenge Cup match kicks off at 12:45.