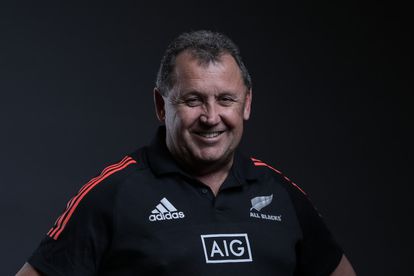 All Blacks coach Ian Foster has been reappointed through to the 2023 Rugby World Cup, ending months of uncertainty for the three-time champions. Photo: Getty Images

All Blacks coach Ian Foster has been reappointed through to the 2023 Rugby World Cup, ending months of uncertainty for the three-time champions. Photo: Getty Images

All Blacks coach Ian Foster was reappointed on Tuesday through to the 2023 Rugby World Cup, ending months of uncertainty for the three-time champions.

QUIZ | TAKE OUR BRUISING RUGBY QUIZ AND YOU COULD WIN R1 000!

The decision was announced by New Zealand Rugby (NZR) as the All Blacks made hasty preparations to be away for 14 weeks, after a revised schedule was confirmed for the pandemic-hit Rugby Championship with all remaining matches to be played in Queensland, Australia.

Several All Blacks had indicated at the start of the year they wanted certainty around preparations for the next World Cup in France, with Foster’s initial two-year contract due to expire after the northern tour at the end of this year.

Speculation about his future heightened last month when NZR oversaw a three-year extension for the successful Scott Robertson to stay in New Zealand with Super Rugby champions, the Crusaders.

Robertson’s contract pointedly included an opt-out clause to take the All Blacks’ job should it become available.

NZR boss Mark Robinson said confirmation that Foster had re-signed meant the coach could now plan for next year and beyond with certainty.

“Ian has faced extraordinary times since he was first appointed, with the uncertainty of Covid-19 and the numerous challenges it has thrown up, and he’s shown remarkable composure and resolve to lead incredibly well through it all,” Robinson said.

Under Foster, the All Blacks have won the Bledisloe Cup twice as well as last year’s Tri-Nations and blooded 13 new All Blacks.

“There is no doubt Foz and his team are performing extremely well in trying conditions and we are pleased to send a strong signal of support to create certainty in our environment and allow the management team and player group to plan for the future,” Robinson said.

The All Blacks had a disappointing year in 2020 by their standards with three wins, two losses and a draw from six Tests with Foster in charge.

But their record had improved this year with an unbroken run of five victories, including back-to-back wins over Australia.

“It’s clearly been a challenging couple of years with Covid-19, but I’ve been hugely proud of the resilience shown by the team,” Foster said.

“I’m personally driven to have our team continue to succeed as we build to Rugby World Cup 2023.

“We have the immediate challenge of this year’s Rugby Championship and then the tour north, but 2022 and 2023 will bring their own challenges. I’m really excited to be leading the team into the future and can’t wait to get stuck into our work.”