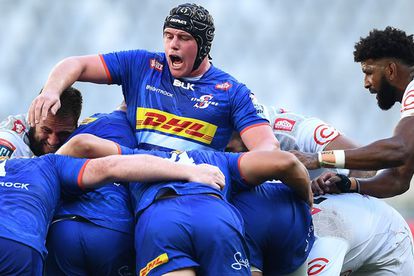 “I’m still a bit old-fashioned, and attached to some traditions, and for me that distorts this competition,” said Poitrenaud, who is now Toulouse’s backs coach, ahead of their quarter-final against Munster in Dublin on Saturday.

“It’s as if South Africa were entering the Six Nations tournament.

“It would no longer be the Six Nations tournament,” added the former France fullback who won the cup three times with Toulouse.

The 39-year-old also played for South Africa’s Sharks side in 2017 when they featured in Super Rugby.

SA Rugby withdrew its clubs from Super Rugby in 2020 and realigned itself with European competitions.

Since this season, four South African teams (Bulls, Lions, Sharks and Stormers) have been competing in the United Rugby Championship (URC), the former Celtic League and PRO14, alongside Irish, Scottish, Welsh and Italian teams.

Three of them (Sharks, Stormers and Bulls) are in a position, via the URC, to qualify for next season’s European Champions Cup although EPCR, the organiser of the continental competitions, has yet to formalise their participation.

“Sporting-wise, it’s rather exciting, with a different kind of rugby and new players,” said Poitrenaud whose Toulouse side are bidding to retain the title they won for the fifth time last year.

“There is nostalgia for this competition when you say it is the last.

“Even if we won it last year, it would be nice to repeat it for the last time it is played in this form,” he said.