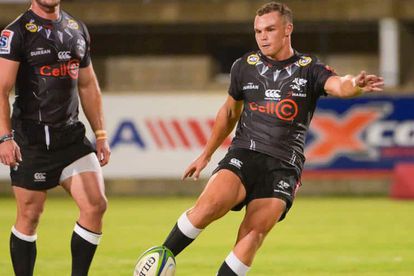 The Sharks welcome Western Province to Kings Park on Wednesday evening for an all-important Currie Cup coastal derby, with the Durban-based side unveiling their team on Tuesday.

It won’t go unnoticed that Curwin Bosch has been selected to start at flyhalf, making a long-awaited return to frontline action.

Bosch is said to have been battling with an injury, but it’s also no secret that he has struggled with form and confidence for quite some time.

An exit from the Durban-based side appeared to be on the cards for the utility back as he sought to make a fresh start somewhere else, but it’s believed that the door to a potential contract at English club Bath has been shut.

After being afforded a period of introspection, Bosch has now returned to the Sharks mix, and he will feature at flyhalf against Western Province.

Meanwhile, the Sharks have also been bolstered by the inclusion of eighthman Sikhumbuzo Notshe who makes a welcome return to the playing field after suffering a devastating knee injury in May last year that required surgery.

He puts the disappointment of missing eight months of rugby action behind him as he now starts for the Sharks.

Then at fullback, there is also an interesting selection of Inny Radebe, who had once decided to retire from rugby. However, the talented player recently decided to make a comeback to the game, and began by playing for Durban club side College Rovers.

He has now been picked at fullback in what will be a memorable return to the Currie Cup for the 27-year-old, who can also play at flyhalf.

Sadly out of action due to a long-term injury is new recruit Eduan Keyter who made his Sharks debut against Griquas in the opening match of the competition. His place on the wing is taken by Marnus Potgieter who shone for the Sharks in their overseas leg of the United Rugby Championship.

Pull-apart flatbread: You can’t go wrong with a fresh loaf of bread

Hollywoodbets Durban July: Who drew pole position – and who didn’t

Believe it or not: South Africa in top five wealthiest African countries