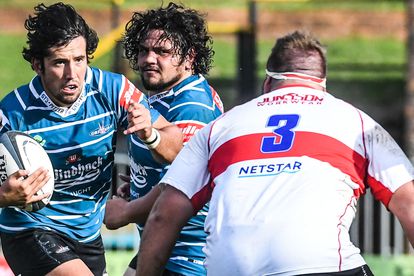 The Lions were agonizingly close to a first Currie Cup win of the season before Griquas sub Ashlon Davids broke hearts with a try that secured a hard-fought 23-17 victory on Thursday afternoon.

With time running out the Lions held a slender 17-16 lead after they had managed to wipe out a halftime deficit of 3-13 with a pair of converted tries.

The Lions, now winless after eight games, did themselves no favours in a first half during which they conceded too many penalties.

Griquas went into halftime with a 10-point advantage having scored the only try of the opening half, a conversion and two penalty goals, while the home side replied with one penalty goal.

George Whitehead slotted a penalty kick to put the first points on the board.

The first try of the afternoon also went the way of Griquas who forced a turnover deep inside their own 22. The ball was sent out to the wing where Munier Hartzenberg showed electrifying pace to dash in under the posts.

Later in the first stanza, Whitehead added his second penalty goal. The Griquas flyhalf made the home team pay for their transgressions.

Lions’ fullback Tiaan Swanepoel kicked a penalty goal to get his side on the board just before the break.

Whitehead got the second stanza off with another successful penalty punt as he stretched their lead to 16-3.

However, when Swanepoel and wing Boldwin Hansen, scored in quick succession the Lions suddenly found themselves in the lead.

However, Griquas kept cool heads as they managed to string together 15 phases to score the winning try through Davids.

Whitehead returned from a breather in the sin bin to slot the conversion.