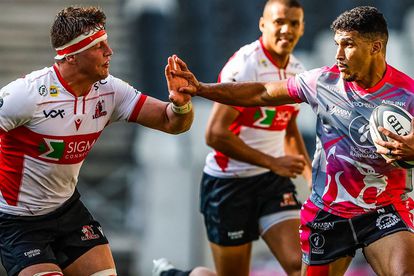 The Pumas kicked off the second half of the Currie Cup with a commanding win over the Lions on a hot afternoon in Nelspruit. Photo: SA Rugby website

The Pumas kicked off the second half of the Currie Cup with a commanding win over the Lions on a hot afternoon in Nelspruit. Photo: SA Rugby website

The Pumas made it back-to-back wins for the first time this season when they kicked off the second half of the Currie Cup with a commanding 45-10 win over the Lions on a hot Wednesday afternoon in Nelspruit.

The Lowvelders shot out of the blocks and were ruthless as they wrapped up the four-try bonus point and snuffed out any hopes the Lions had of breaking their duck in just 28 minutes.

The shell-shocked visitors finally got a foothold in the fixture two minutes before half-time, hooker Jacques-Lois du Toit scoring from a driving maul to give them the faintest of silver linings to look at pushing on from trailing 26-5 at the break.

They did that to an extent but the hosts dotted down three more times to build on their 37-11 win over Western Province and move into fourth place on the log for the time being.

With Jimmy Stonehouse’s troops boasting over 400 caps, their grizzled experience and rugged physicality were simply overwhelming in what could be described as a mismatch of men against boys, with Mzwakhe Nkosi’s side having an average age of just 22 years old.

The Pumas asserted their dominance from the opening scrum in the second minute, driving the visitors back at the rate of knots. It looked ominous for the under-fire men from Johannesburg when the home team marched over for their first try in short order through hooker Eduan Swart.

Shane Kirkwood came close to doubling the lead with a pick and go, but no conclusive evidence of a grounding materialised. If Swart’s maul try looked effortless, the second was child’s play as Sebastian de Klerk waltzed over following another dominant scrum. Eddie Fouche successfully added the conversion on this occasion to make it 12-0 after 15 minutes.

A cracking kick-return from fullback Tapiwa Mafura, who caused the Lions all sorts of problems all afternoon and went on to be named Champion of the Match, got the rampant hosts right back in the red zone and loosehead prop Corne Fourie wormed his way over for a converted try.

It took 24 minutes for the Lions to finally work their way into the attacking 22 only for the industrious Swart to clamp onto the ball to win a penalty.

The Pumas went right back to business with Tinus de Beer scoring the bonus-point try before the Lions finished the half on a positive note through Du Toit.

The much-needed score galvanised the Lions, who had the better of the first 15 minutes after the interval and finally managed to string together some phases.

However, they couldn’t crack the resolute defence whereas the Pumas converted both of their chances, Devon Williams scoring a scorcher and captain Willie Engelbrecht also getting onto the scoresheet.

A silky try by Sasko Ndlovu after some deft handling showed the potential the Lions possess as they were rewarded for their improved vigour in the second stanza but the men in pink one-upped them one last time with some ridiculous handling seeing Alwayno Visagie having the final say.