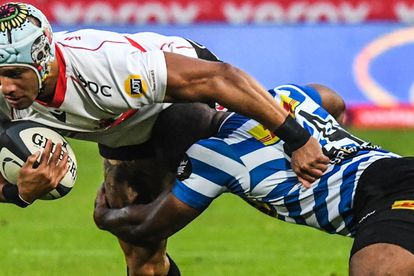 The Lions defeated Western Province 33-10 to record a bonus-point victory and register their first Currie Cup win of this year’s campaign in Johannesburg on Saturday evening.

The Gauteng side led 20-3 at half-time and managed to score 13 more points in the second half, while their Cape rivals could only managed a converted try after the break.

Tiaan Swanepoel was the Highvelders’ standout player as the pivot scored a try, slotted two conversions and three penalty goals for a personal contribution of 18 points to help steer his side to their first win of the campaign.

He was deservedly awarded with the Champion of the Match accolade for his excellent contribution to the winning performance.

The Lions came mighty close to their first win on several previous occasions, but every they were thwarted every time, sometimes very close to the final whistle.

On Saturday, the hosts started like a team on a mission, scoring three tries in quick succession to pin WP on the ropes at 17-3. Morne Brandon (hooker), Stean Pienaar (right wing) and Quan Horn (fullback) all crossed the whitewash while Swanepoel succeeded with one conversion and a penalty goal.

In reply, WP pivot Tim Swiel slotted a penalty goal, although the visitors came close to scoring on several occasions.

After the break, WP grabbed a try back through loose forward and skipper Nama Xaba, who was awarded with the try close to the poles on review by the TMO. Swiel’s conversion narrowed the score to 20-10.

However, spurred on by the smell of that elusive first win, the Gauteng side wrestled back control of the match via two Swanepoel penalty goals as the pivot’s boot increased their lead to 26-10.

And then, seven minutes from full-time, Swanepoel dotted down the bonus-point try as he took advantage of a hesitant WP defence to ran in under the posts.

With the score safe at 33-10 and just minutes remaining before the final whistle, the home side could afford to take their foot off the pedal as they savoured the sweet taste of a first Currie Cup victory after going 10 games without a win.

The result was also a hammer blow to WP’s outside change of sneaking into the playoffs.

For that to have happened, the Capetonians had to win their remaining games with a bonus point while hoping results elsewhere went their way. Instead, they suffered their eighth loss in 10 games to slip nine points behind the fifth-placed Pumas (22 points) on the league table.