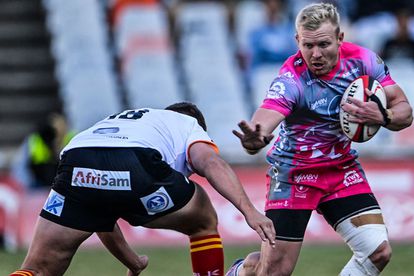 A new Currie Cup champion will be crowned next Saturday after a weekend of dramatic semi-final action saw both the Bulls and Cheetahs lose. Photo: SA Rugby website

A new Currie Cup champion will be crowned next Saturday after a weekend of dramatic semi-final action saw both the Bulls and Cheetahs lose. Photo: SA Rugby website

A new Currie Cup champion will be crowned next weekend after a weekend of dramatic semi-final action, which saw Griquas stun holders Bulls in Pretoria, while the Pumas staged a brilliant late rally to shock the Cheetahs in their pulsating match in Bloemfontein.

MUST READ | PLAYER RATINGS: WHO SHONE – AND WHO FLOPPED IN URC FINAL

That means that the 2022 final will be staged in Kimberley next Saturday, when Griquas play in their first decider since 1970 against the Pumas who have reached the trophy decider for the first time.

The kick-off time will be confirmed shortly.

Pumas snatch victory from jaws of defeat in Bloem

Two tries at the death saw the Pumas stun the Cheetahs 38-35 in Saturday’s semi-final in Bloemfontein to set up the unlikeliest of deciders against Griquas next weekend.

The never-say-die visitors outscored the Free Staters by six tries to four to put themselves in a position to secure a maiden Currie Cup title.

The Cheetahs found themselves in a sticky situation, trailing 17-7 and suffering a major blow when inspirational captain Ruan Pienaar limped off at the end of the first quarter.

However, a yellow card offence by flank Daniel Maartens, for illegally sacking a driving maul, spawned a 24-point swing in what looked to be a decisive 10-minute period before and after half-time.

The hosts remained in control up until the 75th minute when, leading by 11 points, speedster Rosko Specman saw yellow for a deliberate knockdown and the Pumas, in their first semi-final in 42 years, pounced, with replacements Simon Raw and Ali Mgijima scoring and Tinus de Beer converting both tries to snatch victory from the jaws of defeat.

A stirring second half display – which delivered two tries and a penalty try – paved the way for a well-deserved 30-19 victory for Griquas over the Bulls in their semi-final at Loftus Versfeld in Pretoria on Friday evening.

The two sides went into the half-time break separated by just four points with the score 7-3 in favour of the defending champions after their captain, Lizo Gqoboka (prop), scored the only try of a tightly contested first half when he forced his way over following a successful lineout, with Juan Mostert adding the extras.

In turn, the experienced George Whitehead, who came on as an injury replacement midway through the first half, slotted a penalty goal for Griquas’ only points of the opening stanza.

Right from the restart, the visitors from Kimberley shifted to a higher gear which netted three tries and two penalty goals, which were enough to hand them their first final appearance in more than five decades.

Whitehead, who has captained Griquas often in the past, led from the front and made a personal contribution of 18 points through one try, two conversions and three penalty goals.