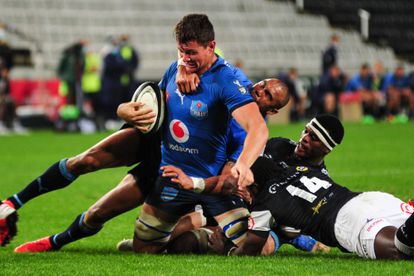 Bulls vs Sharks: These two sides meet in a Currie Cup final for the fifth time with this contest set to break a tie.

In previous meetings on this stage, the Sharks have won twice (in 1990 as Natal over Northern Transvaal and again in 2008. However it is the Bulls who took the honours when the sides met in January’s 2020/21 Currie Cup final.

That meeting was a curiosity in Currie Cup history, as the only final played in summer and the only one to date to go to extra-time.

With one of their league matches cancelled due to the unrest situation in KwaZulu-Natal, these two sides met only once during the Currie Cup, with the Sharks winning by 35-28 in Durban just over a month ago, after the Bulls had agreed to move their home game to Kings Park.

While the teams are fairly evenly matched in terms of starting lineups, the Bulls sport the better set of replacements, which could be a huge concern for the Sharks, who have been forced to name uncapped scrumhalf Lucky Dlepu on their bench after the injury to Cameron Wright in the semi-final win over Griquas.

The Bulls have impact players galore, with big second row Jacques du Plessis having already shown an ability to turn the game for the men in blue as has powerful frontranker Simphiwe Matanzima.

Bulls director of rugby, Jake White, has opted for consistency in the season finale, making only two changes to the team that overpowered Western Province in the semi-final last week.

With the unavailability of flyhalf, Johan Goosen, it will be the reliable Chris Smith who will slot in to don the Number Ten jersey for the showdown, in the only change to the backline.

In the forwards, Joe van Zyl gets the nod for a starting berth at hooker, replacing Schalk Erasmus from last Friday’s fixture, while Jan-Hendrik Wessels will once again provide cover from the bench.

Sharks head coach Sean Everitt has largely stuck with the side that won last weekend’s semi-final at Kings Park.

Khwezi Mona has been named in place of Ntuthuko Mchunu in the front row while the return of Thomas du Toit from the Springboks is a timely boost, particularly for the expected battle upfront.

Daily devotion: Your bible verse and prayer for 27 November 2022

‘I had warts on my face’: ‘The Estate’ Amanda on industry struggles