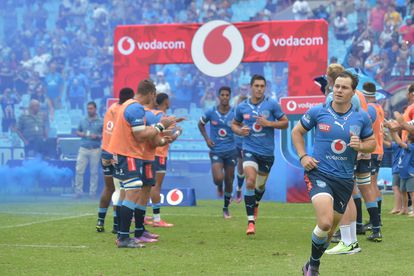 The Bulls have shown Griquas the utmost respect naming a strong team to face the men from the Northern Cape in Currie Cup action at Loftus on Saturday.

The side from Tshwane sits at the top of the Currie Cup table and will be out to retain their log-leading status ahead of the unbeaten Toyota Cheetahs as well as the Cell C Sharks.

The Bulls will be expecting a strong challenge from Griquas, who will be looking to turn around the result from the previous fixture between the two sides when the men in blue claimed an emphatic 27-53 victory away from home in Kimberley in March.

The table-toppers have reinforced their arsenal with personnel who have been consistent performers for the Bulls in the United Rugby Championship.

“We have no doubt that we have a very tough fixture this weekend against a Griquas side that has shown what they are capable of. They are always a tough side to beat and we are certain that they will come out guns blazing this weekend,” said Bulls director of rugby, Jake White, ahead of the match.

“We are trying to have a good balance in this team, as evidenced by our selection. We have given a few of the guys who have been playing Vodacom URC some time out while others we will continue to add value to the Currie Cup.”

The match will kick-off at 17:00 and it will be televised on SuperSport’s Rugby Channel.

The Bulls team to take on the Griquas is: