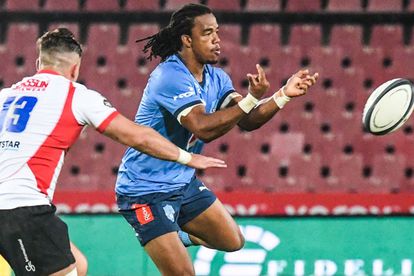 A closer look at how the Currie Cup standings look at the halfway mark of the 2022 season. Close your eyes, Lions fans … Photo: SA Rugby website

A closer look at how the Currie Cup standings look at the halfway mark of the 2022 season. Close your eyes, Lions fans … Photo: SA Rugby website

The Cheetahs managed to keep their unbeaten Currie Cup winning streak intact in Durban, while the Bulls and Pumas also gained important away victories to boost their playoff ambitions as the competition reached the halfway stage on Wednesday.

The Free Staters adapted better to the wet conditions at Hollywoodbets Kings Park on the east coast to beat the Sharks 29-15, which allowed them to hold onto top spot on the table.

However, the Bulls – winners of the previous two campaigns – closed the gap on the frontrunners to just one point after their 40-10 Jukskei derby victory over the Lions at Ellis Park in Johannesburg.

In the day’s opening fixture played at the Cape Town stadium in Cape Town, the Pumas turned on the style after the break to defeat Western Province 37-11 for their second win of the campaign.

Following the latest round of matches and with all sides now having played six games, the unbeaten Cheetahs still top the standings with 26 points.

The Bulls’ bonus-point win over their Gauteng neighbours allowed the defending champions to reduce the gap to a single point – they are now on 25 points.

Perhaps more importantly for the Pretoria outfit, they also managed to stretch their advantage to seven points over the third-placed Sharks (18 points).

Although the Griquas had a bye, the Northern Cape side remain in fourth spot on 15 points, while the Pumas’ bonus point triumph down in the Cape saw them double their tally to 10. The Lowvelders also leapfrogged the Capetonians into fifth spot on the table.

WP slipped to sixth on the log with seven points and the Lions occupy last spot with just two points in the bag.

The next round of matches are scheduled for Wednesday, 6 April.

The Pumas host the Lions from 15:30 in Nelspruit, Griquas entertain the Sharks in Kimberley (17:45) while day’s action will be completed with the North versus South derby between the Bulls and WP in Pretoria (20:00).

The Cheetahs will enjoy a bye – and will likely lose their top spot in the standings.

PICTURE | SOMETHING FOR THE LADIES: ALL BLACKS SEVENS SQUAD STRIP!