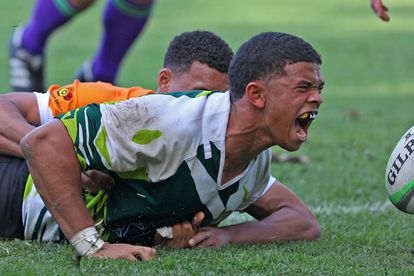 The 2022 SA Rugby Under-18 Craven Week heads into its third day on Wednesday, 6 July. Here’s who plays who – and at what time. Photo: SA Rugby website

The 2022 SA Rugby Under-18 Craven Week heads into its third day on Wednesday, 6 July. Here’s who plays who – and at what time. Photo: SA Rugby website

The 2022 SA Rugby Under-18 Craven Week heads into its third day on Wednesday, 6 July. Here’s who plays who – and at what time.

Meanwhile, attack held sway over defence on day two of Craven Week in Cape Town on Tuesday, with four exciting matches keeping a good crowd at Rondebosch Boys High School’s Tinkie Heyns Field on the edge of their seats.

All four matches provided delightful rugby, with tries galore as teams approached the return of this prestigious tournament, after a two-year absence, with a positive attitude and willingness to give it a go. The Pumas, Griffons, SWD and Blue Bulls all recorded wins, but had to work really hard for their respective victories over Limpopo Blue Bulls, Leopards, Free State and Golden Lions.

The Pumas opened the day with a solid 41-14 win over Limpopo Blue Bulls, scoring a number of long-range tries that proved the difference between the sides. Not scared to attack from all over and with fullback Philasande Ntshapela a real threat from the back, the Lowvelders proved too fast and too slick for their Limpopo neighbours and laid down a marker for the rest of the teams to follow later the day.

They did not disappoint. The Griffons were out of the blocks in a flash, racing away to a 31-3 lead at the break against the Leopards. Their loose forwards were all over, providing a wonderful link between forwards and backs, delivering numerical advantages on attack to be exploited.

READ | HAS ELTON JANTJIES PLAYED HIS FINAL TEST FOR THE SPRINGBOKS?

The Leopards sorted out their defensive alignment in the second half and were much more competitive, also managing to get more hands on the ball. That enabled them to enjoy enough territorial pressure and actually outscore the Griffons in the second half, but there was always going to be only one winner after that opening half from the Northern Free State side.

The Free State held a 14-11 lead at the break against SWD, but then the Southern Cape side changed gear and won going away (29-19). Their pack took control in the second half and the Free State side saw their set piece play going down fast. They were battered in the scrums and their lineouts did not operate sufficiently to generate momentum. The SWD backs ran with great freedom, while their game management was excellent. They took every opportunity to kick to poles and those four penalty goals proved instrumental in a good win.

The Blue Bulls and Golden Lions teams played a hard-fought encounter, but in the end, better decision making by their halfbacks edged the Blue Bulls to a 38-19 win. The Blue Bulls scored two early tries and looked like running away with the game, before the Lions recovered and countered with two tries of their own, one on the stroke of halftime.

Leading 24-12 at the break, the Blue Bulls had to repel an early Lions onslaught, which saw them edge closer with a try, but the last quarter of the match belonged to the Pretoria side, who scored at crucial moments to maintain their advantage.  Hooker Hanro Venter bagged three tries, while flyhalf Stehan Heymans did not miss any of his six kicks at goal.

Griquas will take on the Valke to see if they can keep their winning streak alive, while Eastern Province and Boland will open the day looking for a first win.