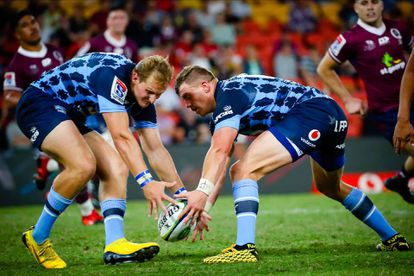 Members of the Bulls squad, along with officials, who travelled to Australia in the past week will self-isolate on their return to South Africa.

The men from Pretoria are due back in the country on Monday after Sanzaar announcement that the ongoing Super Rugby season has been suspended in the wake of the coronavirus pandemic.

They were in action against the Reds in Brisbane on Saturday, where they lost 41-17 in what was their first match on tour.

On Sunday, the Bulls issued out a statement revealing that all members of the touring party would self-isolate on arrival.

“Following Sanzaar’s announcement of the Vodacom Super Rugby tournament being suspended, we can confirm that the Vodacom Bulls team will be returning to South Africa and are expected to touch down on Monday evening,” the statement reads.

“The entire touring group will go into self-isolation for 14 days. BBCo management has also urged all the other players (Juniors and SuperSport Rugby Challenge) not to report to Loftus for regular duty until further notice.

“The welfare and safety of our players and the public is our first priority and we will abide with the relative governing bodies and authorities.”

The seventh round of the 2020 season of Super Rugby wrapped up on Sunday, with the Brumbies and the Waratahs playing what would be the last fixture for the foreseeable future.

Sanzaar’s decision to suspend the competition came just after the New Zealand government announced that it would institute travel bans in response to the pandemic.

“As stated previously while disappointed to be in this position our priority is to ensure the players currently overseas return home healthy and safely to be with their families,” Sanzaar said in a statement.

How the pandemic has impacted Super Rugby

Out of the nations participating in Super Rugby, Japan is the hardest hit with 805 infections and 22 deaths.

The country’s sole representative in the competition, the Sunwolves were the first to be impacted by the virus, as they were forced to play their home matches away from Asia, their most recent taking place at Suncorp Stadium as somewhat of a curtain-raiser for the match between the Reds and the Bulls on Saturday.

Australia has so far recorded 299 cases with five deaths, while South Africa sits at 51 infections. Argentina follows with 45 confirmed cases, while New Zealand is the least hit with only eight known infections.

Did Evan Roos bravely play through injury for Springboks?