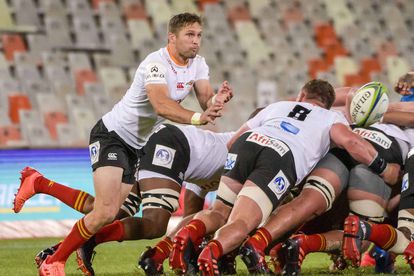 The Cheetahs have made few changes to the team that they fielded three weeks ago for their next Super Rugby Unlocked assignment, which is a trip to Durban to face the Sharks.

Loose forward Jasper Wiese has left the Cheetahs for English Premiership outfit Leicester Tigers and will be replaced by 26-year-old Aidon Davis, a bruising number eight with experience of the French Top 14.

The Cheetahs have seen further raids on their squad with Jake White snapping up second-row Walt Steenkamp for his hard-charging Bulls. JP du Preez comes in at lock to fill the gap left by Steenkamp.

In the only change to the backline named to face the Lions in their called-off Super Rugby Unlocked clash scheduled for two weeks ago William Small-Smith comes back into the midfield at outside centre in place of Benhard Janse van Rensburg.

Six of the Cheetahs squad our out of contention with injury including their inspirational skipper Ruan Pienaar. Tian Meyer has done an admirable job in his stead with the Cheetahs making an unbeaten start to their Super Rugby Unlocked campaign.

Sharing the points with the Lions from their called off clash has, however, left the Cheetahs needing to make up ground on the men from Pretoria who lead the standings.

Welcome news for the Free Staters is the inclusion on the bench of Springbok loose forward Oupa Mohoje for what could be his first competitive match in more than two years on the sideline due to injury problems.

Also amongst the replacements are Phakisa Pumas recruit Jeandré Rudolph and former Cell C Sharks player Khutha Mchunu, both of whom are set to make their debuts for the Bloemfontein outfit off the bench.

The following Cheetahs players were not considered for selection due to injury:

A New, Exciting Worker Visa Route opens up in the UK

Itumeleng Khune hasn’t played for Kaizer Chiefs in over a YEAR!