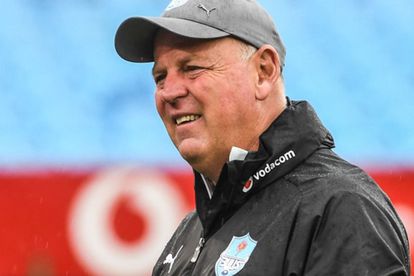 The Bulls’ player buying spree is not over with the union reportedly hoping to sign one of the stars of Jake White’s 2007 Rugby World Cup-winning squad.

The Bulls’ player buying spree is not over with the union reportedly hoping to sign one of the stars of Jake White’s 2007 Rugby World Cup-winning squad.

The Bulls will play two matches on the same day with the PRO14 Rainbow Cup final and their Currie Cup opener scheduled for this Saturday, 19 June.

Jake White’s side will be without their Springboks who are undergoing a training camp in Bloemfontein in preparation for the British & Irish Lions series.

2 MATCHES ON THE SAME DAY WILL TEST SQUAD DEPTH

The Bulls will travel to Italy for the final of this year’s PRO14 Rainbow Cup, representing South Africa and the ‘South’.

White’s side takeS on Benetton at 18:30 on Saturday, on the same day, they kick-off their Currie Cup campaign against Western Province at 16:00.

Saturday’s ‘North v South’ final will be the first of its kind. It is a chance for one of these sides to become the first champions in the history of the tournament.

The Pretoria-based outfit will be aiming to add to their accolades under White. He has already won the Vodacom SuperRugby Unlocked and Currie Cup trophies. They conquered the ‘South’ in dominant fashion after losing just one game by one point (34-33 against the Lions).

There is no doubt that their squad depth will be deeply tested on Saturday. They will have to play what is almost a third-choice side against Western Province with their Springbok players out and the remaining squad likely to been sent to Italy.

The Bulls are favoured to secure the trophy in Europe despite being significantly weakened.

White knows how to win big games and the entire team has become accustomed to performing in big games. They were 34-22 victors over a Sharks side needing to score four tries and win by more than seven. Ironically, this is what the Bulls achieved in Durban.

They will be without the likes of Trevor Nyakane, Duane Vermeulen and Morne Steyn but have tremendous depth. The likes of Lizo Gqoboka, Marcell Coetzee and Chris Smit will step up when the Loftus-based side represent the ‘South’ and South Africa in the final on Saturday.

White’s side will be underdogs in their Currie Cup encounter against Province due to being significantly weakened.

Tuks won the Varsity Cup and many of their players may get a chance to test themselves in this match.