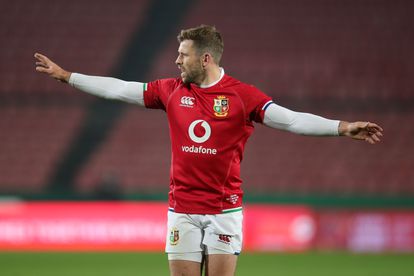 Elliot Daly of the Lions during the 2021 British and Irish Lions Tour rugby match between the Sharks and BI Lions at Ellis Park, Johannesburg on 07 July 2021 ©Muzi Ntombela/BackpagePix

Elliot Daly of the Lions during the 2021 British and Irish Lions Tour rugby match between the Sharks and BI Lions at Ellis Park, Johannesburg on 07 July 2021 ©Muzi Ntombela/BackpagePix

Stormers vs British and Irish Lions: The tourists face their final tour match ahead of the much-anticipated Test series against the Springboks.

The British and Irish Lions tourists will have a last chance to impress coach Warren Gatland and earn a hallowed place in the Test team and with that a spot in history.

For the Stormers, the goals will be a little vaguer, but they will want to stand up to the British and Irish Lions in a way none of the other franchise or provincial teams has.

Stormers Head Coach John Dobson said that his team is well-aware of the honour of having the opportunity to face the British and Irish Lions.

“Any match against the British and Irish Lions is a historic occasion and we will be doing everything we can to do justice to the magnitude of this game.

“The team has been highly disciplined in our bubble this week and now it is about doing everything we can on the field for 80 minutes,” he said.

Gatland has named an entirely changed starting team for Saturday’s match against the Stormers.

Stuart Hogg returns to don the 15 jersey and resumes the captaincy having missed the last three matches due to isolation protocols.

Irish centre Robbie Henshaw comes in for what will be his first match of the tour.

Harlequins flyhalf Marcus Smith comes in for his first match having been called-up mid-tour after standout performance in the English Premiership final.

After a stunning recovery from injury Alun Wyn Jones comes up onto the bench. It seemed the veteran Welsh lock would miss out on the tour when he left the field injured in the warm-up Test against Japan.

Gatland said he was eager to give every player an opportunity to make a case for their inclusion in the Test team.

“It’s an important game as it’s the final chance for the coaching group to see the players perform prior to the start of the Test series.

“For the matchday 23, it’s their last opportunity to stake a claim for a Test place, so I expect to see a highly motivated group of players. It is particularly pleasing to be able to name Stuart Hogg in the squad. He has not had much luck on Lions tours to date, so it will be great to see him cross the whitewash again with the captain’s armband.

“I’m also delighted that Marcus will get his first start in a Lions jersey. I’ve been really impressed with his attitude since coming into camp this week. He has been like a sponge for information. Obviously, it’s a tight turnaround from Wednesday’s game but we are in pretty good shape. The South Africa A game was a physical encounter – we always knew it would be – but we have come out of it pretty much intact and ready to go again. Liam Williams will begin his return to play protocol following his HIA.”

Stormers vs British and Irish Lions