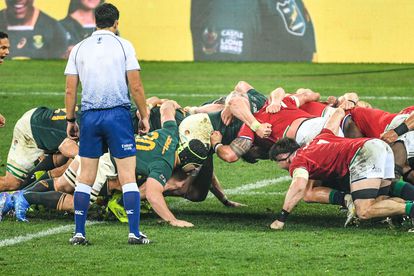 Saturday’s third and final Test between the Springboks and British & Irish Lions will decide the winner of the three-Test series.

The British & Irish Lions tour has been hit by Covid-19 cancellations, injuries and most recently ongoing off-field disagreements between World Rugby and Rassie Erasmus.

The much-anticipated tour – the first to the country since 2009 – will conclude at the Cape Town Stadium on Saturday with kick-off scheduled for 18:00.

The British & Irish Lions won a controversial first Test 22-17 before the Springboks bounced back to win the second Test – which also had it’s fair share of flash points – 29-7.

It all adds up to a winner-take-all final clash this weekend.

Leading South African bookmakers Hollywoodbets appear convinced that Jacques Nienaber’s world champion Springboks will emerge victorious and have installed them as 3.5-point handicap and 13/20 outright favourites for the win.